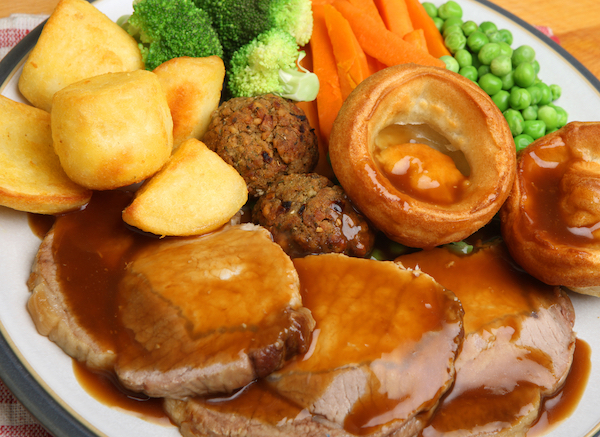 Britain used to be famous for bad food. Author Virginia Woolf in ‘To The Lighthouse’ (1927) wrote: “What passes for cookery in England is an abomination… It is putting cabbages in water. It is roasting meat till it is like leather.”

There is some truth to this statement. Ms Woolf was probably describing the British favourite meal, roast dinner (pictured). It tastes really good when done well, but it is far from complex – you roast some meat and potatoes in an oven and then boil some vegetables in water. Other traditional favourites (cottage pie, shepherd’s pie, fish and chips) also have very simple preparation. British food is not known for its sauces or seasonings.

However, these traditional meals are just one aspect of modern British cuisine – because we are very happy to be influenced by other cultures and ideas. In the cities, you will find excellent restaurants with food from around the world. Many places sell delicious vegetarian, gluten-free food or vegan options. Even in small towns and villages you can usually find a good selection of meals in cafes or pubs.

If you still feel that British food is poor, it is good to remember that there is probably a historical reason. Britain does not have much of a culture of home cooking. Much of it was lost because the Industrial Revolution started very early. Even 200 years ago, only 20% of people worked on farms. Most others (men, women and also children) worked 12-15 hours a day as servants or in industrial jobs, for example in factories or mines.

In the cities and towns, people were crowded in small houses, often with nowhere to grow food or time to cook anything complicated. Ingredients were often limited. For the poorest, the main food was bread.

Meanwhile, middle class and upper class people could choose from a range of fantastic foods, recipes and spices from around the world because of trade across the British empire and beyond. But even so, they never did any cooking because they had a cook to do it for them.

Things became even worse after World War 2. Rationing and factory production meant that many artisanal food skills were lost. It was only after about 1980 that people started to relearn them. There are now many small food producers creating wonderful products, though it can be difficult to find them outside specialist online retailers.

Today, many people enjoy cooking (especially cakes), but eating out, takeaways and prepared foods are very common as well. It is normal to use supermarket meals or ready-made sauces at least some of the time.

MORE INFORMATION: The most famous early English cookery book is by a lady called Isabella Beeton and published in 1861. It is worth noting that although it contained lots of recipes, it was called ‘Mrs Beeton’s Book of Household Management’ – and had instructions for the cook, butler, housemaids and other household staff. Even a later edition called ‘Mrs Beeton’s Everyday Cookery’ (1907), designed for “the requirements of smaller households”, was still clearly aimed at someone cooking as a job (or telling their cook what to do). 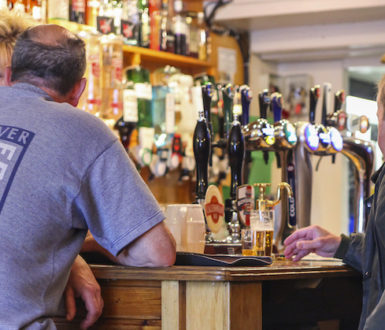 The difference between lager, bitter & ale 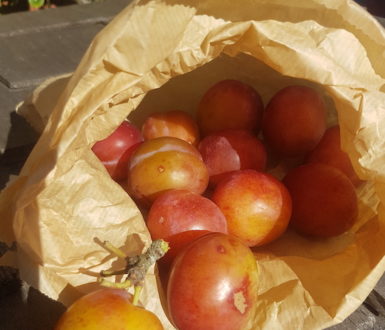