The difference between M-roads, A-roads, B-roads and others 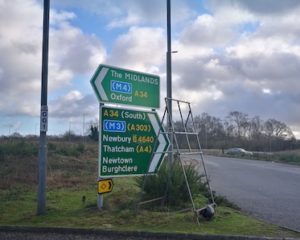 Roads in Britain usually have a letter and number. The letter shows the type of road, while the number is less important.

There is not usually a charge for using any type of road, although there might be a charge for a large bridge or tunnels. The exception is the M6 Toll Road and the M25 at Dartford, which always have a charge.

Road signs only have space for a small number of letters, so it’s not unusual to find that place names have been shortened. One example is So’ton (Southampton). Other examples are:

M roads: motorways. These are the fastest roads (when there is not much traffic). They have blue signs. Examples are the M25, M1 and M4. The maximum speed for cars is 70mph.

A(M) roads: an A road upgraded to a motorway. They have blue signs. An example is the A1(M). The maximum speed for cars is 70mph.

A roads: A roads join big towns and cities. They have green signs. The most important ones usually have just one or two numbers (A2, A11 etc). Many are major routes, so the government looks after them. Others are looked after by the local council.

B roads: B roads are not main routes, so are looked after by the local council. The road surface might be poor.

C&D roads: These roads link small towns together. They might not be very straight and there will probably be lots of villages/towns to drive through. The road surface might be poor.

Unmarked roads: These will probably be very twisty and narrow. They might only be wide enough for one car. Sometimes there are few signposts, so it can be easy to get lost. Some do not have a hard surface.

In Scotland, Transport Scotland is responsible. 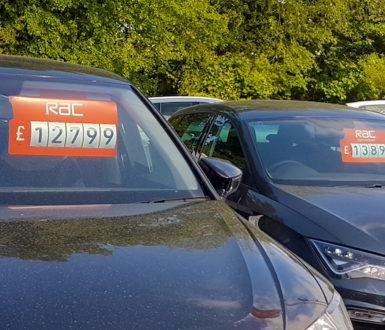