Why does English have so many words? 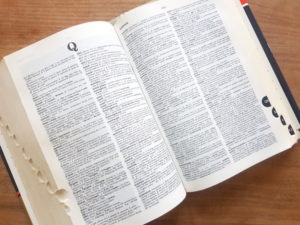 English has many, many words. The full version of the Oxford English Dictionary has 20 books containing around 170,000 words commonly used, so there are lots to choose from. But why – and where do they come from?

Many words in English seem to have the same meaning, but often there is a subtle difference. The reason for the number of words is because the English language has been influenced by many things:

But how many words do you actually need? Research in 1925 discovered that just 9 words make up 25% of common English usage: are, be, have, it, of, the, to, will and you. Most people can manage with about 500 to 1,000 words in daily life. People with English as a first language use about 5,000 words regularly, but often understand about 25,000.

A lot of words are only used for official documents or in a particular industry or profession. Lawyers often do this. Here are three examples used in the new laws that came out during the Covid-19 coronavirus crisis of 2020. Most people would need to look at a dictionary for these:

It is also worth knowing that different social classes use words in different ways. This can lead to snobbery when people use the ‘wrong’ words. Confusingly, the same word might be used by both groups, just with a different meaning. Here’s a list of common words that are influenced by social class that might help you when nanny wants some tea… Most important dates in British history