Forget what you see in the films! 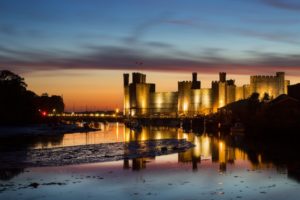 From films and books, we imagine that Britain had castles with brave knights even in Anglo-Saxon times (especially in stories about King Arthur, who is believed to have lived in about 400CE). But the truth is there were no stone castles in Britain until the year 1066. Older ‘castles’ were just hill forts or fortified settlements.

So what happened in 1066? This is the year when a duke from Normandy, France, invaded and conquered England and south Wales. He became King William I. During his reign, he built over 1,000 wooden castles and also many stone castles as part of his plan to subdue the Anglo-Saxons and the southern Welsh. One of his most famous castles is the Tower of London.

King William I ruled by dividing the country into large areas that he gave to his lords. In return, he got money and soldiers. Lords were allowed to build their own castle to show their power over local people.

However, there was one problem with this plan. Castles meant that the lords had a good place to hide from attacks on other lords (or the king). Over the next 400 years, there were many battles.

In Scotland and north Wales, ruling families copied the Normans and started to build castles from about 1100. There are many castles along the border between England and Wales or Scotland.

There are also later castles. In 1284, English King Edward I conquered north Wales. He built very big castles to show the Welsh people his power. Castles like Caernarfon (shown above), Conway and Beaumaris are some of the most impressive in Europe.

About 250 years later in 1534, King Henry VIII built castles on the coast to prevent invasion. These were the last of the strategic castles. Britain became more peaceful after this time, so newer castles were not built for war, but instead as safe, impressive houses. And sometimes they were just built to look romantic and interesting, like the fake castle ruin at Hagley Hall, Worcestershire. 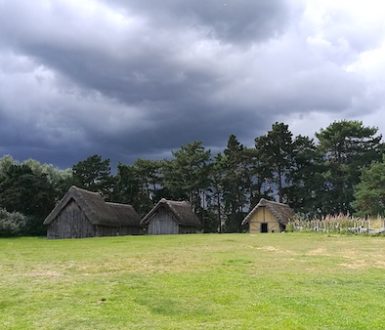 Find out more about British history